nonSpeed Dating for Dummies: Is He A Believer?

For Norma and Gordon Yeager it lasted through a 72-year marriage. Even death didn’t seem to be strong enough to separate them.

They were over the age of 90 when they were in a car accident just outside of Marshalltown, Iowa. It didn’t look good for the pair. They were given a shared room in the Intensive Care Unit where they held hands in adjacent beds.

At 3:38 p.m., Gordon’s breathing stopped. He was no longer alive. But his heart monitor continued to register a beat.

A nurse observed that since they were holding hands, Norma’s heartbeat was going right through him!

It was then that both of their heart monitors fell silent. 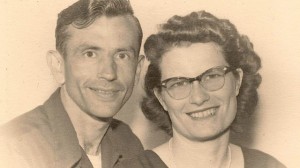 From the day that little piece of fruit was plucked from the Tree of the Knowledge of Good And Evil, all of humanity has been destined to know and experience death.  We are destined not only to die one day, but to live in the futility of our unholy desires while we're here on earth. And most of us do.

Rachel Uchitel is a woman who has lived in the futility of desire, and my heart goes out to her for her tragic story. I first came to know of her as the mistress whose text to celebritized golfer Tiger Woods catapulted both of them into destruction. The world came to know her name as the first in a string of fifteen hookers, strippers, and willing women that were Tiger’s unholy desire though he had a beautiful bride at home.

Rachel deftly verbalizes an awareness of the Craving for men (as described in Get Lost) when she is interviewed about the affair and her life. The Craving has been pronounced in her life. And you’ll understand why when I tell you that not only did her beloved father die of cocaine use when she was fifteen, but she experienced another horrific loss at the age of  twenty-six. Her fiancé died in one of the World Trade Center towers on 9/11. A bereaved Rachel holding a picture of her unaccounted for beloved Andrew became an iconic image of the tragedy. Oh, how I could go back to that day and find her and comfort her crumbled heart. She began to stuff men into the brokenness, but they’ve never really filled it well.

Rachel said, “I didn’t really set out to have the life I’ve had. But I just want to be loved and that got me into trouble because I made some bad choices in men. What woman doesn’t understand that?”[i]

She “just wanted to be loved.” We do understand that one, don't we girls?

There is hope for all of us.

God has designed us to be loved on this earth in such a way that are so satisfied that we live well. I share in detail how you can find this love in the pages of Get Lost. This love should mirror the protective and self-sacrificing love of Jesus Christ. Do you want a love like this? You can find it by getting lost.

But let me give you a practical answer to deciding if a guy you have your eyes on might be worth a date. Begin with yourself. Empty your heart of the lies that keep you from truth.

The human heart is self-deceptive, especially when it comes to admitting when we are often replacing the truth of God for a lie when it comes to guys. Case in point: Rachel Uchitel reasoned that her adulterous lifestyle wasn’t as bad as it looked. She attempted to separate her name from the strippers and prostitutes who also provided Tiger Woods his sexual favors. She said, “I am not the same as those other girls and I never ever imagined in my wildest dreams that I would be caught up in a scandal like this.”[ii]

She thinks she is not the same as the other girls.

And I have been just like her, justifying my thirst for a guy and the way I sinned with him.

Until she reaches the deep poverty that hard truth often brings, she will not be able to discover the love her heart needs. True love demands that there be no walls of pretense to separate us from its transforming power.

I found that poverty of truth when I was in college. You see, when I was in a sexual relationship in my teen years, I often lied to myself. It began with things like this: “We won’t have sex. I can control him.” Then when that lie proved to be false, it became: “We will get married one day so this isn’t really sin at all.” When I finally believed the truth of how sinful I was, my lie became “God can never use me after what I’ve done.”

I reached the poverty of truth when I had broken up with my boyfriend and I stood before God and called my sexual sin what it was. I prayed, “Teach me to live a life of purity.” I finally admitted that I hadn’t. It was a time of great emptiness for me. I was lonely. My spirit was very, very poor but I was no longer a liar! Until I called my sin what it was, I wasn’t empty enough for God to truly fill me up with his love and there was a great wall between us.

Your lies may be quite different. Perhaps you’ve never had a boyfriend and you believe the lie that you’re not beautiful enough. Maybe you have believed the lie that by not having many boyfriends, you won’t know how to be in a relationship with one man one day? (What a funny lie this is since God wants us to have ONE man, but our culture tells us MANY men is that path to that!) Maybe it’s the lie that you can’t possibly breath without the guy you are currently in a relationship with, even though you know he is not following God.That last lie is a big one! God designed married to be a picture of his love. Ephesians 5:25a reads, "Husbands, love your wives, as Christ loved the church." The word used here for love is agape (which is explored at length in Get Lost). This self-sacrificing love is required first and foremost of the man in marriage. (Scripture never specifically expresses that a wife should love like this.) It is a man's God-sized task to lay his life down to love the way Christ does so that he walks beside you in your healing and wholeness to become, yourself, more like Jesus.

How can he do that if he does not know Christ?

There are often legalistic standards set in how we decide who a good Christian girl should date. I'd like to encourage you to embrace a husband who loves Jesus for a very different reason. We are all broken and needy. Like Rachel and like me, you will need a partner in life who can help you live in the power of Christ's agape love. Don't lie to yourself and settle for anything less.

Before you consider saying "yes" to a date, ask yourself this question: "Is he a believer?"

NOTES: This blog series is extra material that I had left over after I wrote Get Lost: Your Guide To True Love. It is clearly stated in the book that the purpose of getting lost in God's love is not to find a guy. But for those girls who are contemplating a relationship or marriage, I've expounded upon my thoughts on what kind of guy that might be.

[i] Caroline Graham, “I only wanted to be loved: Rachel Uchitel breaks her silence on her affair with Tiger Woods”, MailOnline.co.uk., November 13, 2010. Retrieved February 26, 2012. http://www.dailymail.co.uk/femail/article-1329455/Tiger-Woods-Rachel-Uchitel-breaks-silence-affair.html