Revenge of The Church Ladies

Can spiritual women also be sexually satisfied? It's a sad question to have to ask, but the incomplete manner in which the Church has answered sexual questions does mandate that we discuss it. If you're one of my more modest followers, please don't be disappointed but this article isn't for you. However, if you're a spiritual woman trying desperately to make sense of sexual desires and often finding answers outside of the Church, read on! I don't want you to find yourself falling for counterfeits in the quest. A lot of women have. (And you could win a free book that will help if you keep reading.) The sales of the Fifty Shades of Grey series has sold over 100,000,000 and the series has had a seat on the New York Times Best-seller list for 100 weeks straight. Now it will be a blockbuster in the movie theaters with Fandago presales setting records already. Let me be honest: the book has revived the sexual appetites of many women. But is that good? I'd like to suggest that it's not so great and that the best way to a vibrant sex life might just to become an "official church lady!"

Ten Reasons Every Mom Must Talk To Her Daughter About Sex One of the most critical on-going conversations mothers can have with their daughters is on the topic of sexuality. My head spins with all the risk and hope that teeters on the existence of such a dialogue. Let me share the best news first: the number one risk-reducer for your daughter is parent/child connection. What you think about sex informs her view of it, and what you communicate about sexual risk and sexual theology helps to steer her towards healthy choices. You're that powerful, Mom. Most girls I've spoken with wish their mom would bring the subject up more often. Most moms I've spoken with feel insecure about talking. Let me fuel your interest by sharing these top ten reasons why every mom must talk about sex early and often. They aren't pretty, but remember talking about sex reduces the risk and puts you in a place to reduce the pain if any does come your daughters direction. I Know Why You Read Fifty Shades Of Grey

For so long it’s been unacceptable in the Christian community for a spiritual woman to talk openly about issues of sexual pleasure and need. There are all these unwritten "Christian" rules that govern how openly we talk about sex. Then along came Fifty Shades of Grey—a book offering a bounty of explicit, erotic sex scenes all wrapped up in a love story. The book and its follow-ups provided a place for women to explore their longings and fantasies and promised to revive sexual passion in marriage or channel sexual desire for singles. When the book was first released I naively thought not that many Christian women would read it. I was wrong. Over 100 million women have read it according to new counts just this week, making it the fastest selling book of all time other than the Bible. (Only God has outsold E.L. James!) And there is no difference between the percentage of Christians who have read Fifty Shades of Grey and the percentage of all Americans who have read the book that introduced us to the term "mommy porn." If you are one of the Christian women who devoured the book, Dr. Juli Slattery and I want you to know you’re not alone. And, along with a growing number of increasingly transparent Christian leaders, we intend to approach this topic quite differently. Why? Because Jesus did. 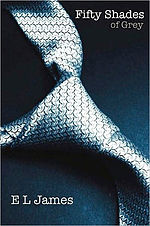 Click Here For A Good Time (For a while anyway)